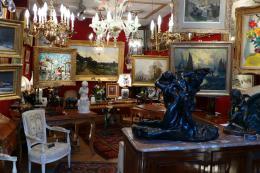 BERTHOMME St ANDRE Louis ( 1905 / 1977 )
Young model.
Oil on canvas signed down in the center.
24,01 x 19,68 in
Louis Berthomme Saint-André, born February 4, 1905 in Barbery (Oise), and died October 1, 1977 in Paris, is a French painter, lithographer and illustrator.
Louis Berthomme Saint-André spent his early childhood in Saintes, and entered as a student architect with Georges Naud, in charge of the historical monuments of the Lower Charente (now Charente-Maritime). In 1921, he was a student of Fernand Cormon and Jean-Paul Laurens at the École des Beaux-Arts in Paris.
Silver medal at the Salon des artistes français where he exhibited from 1924 to 1929, he also obtained a scholarship from the Algerian government.
He won the Abd-el-Tif Prize in 1925 and was then the youngest resident of the villa in Algiers. Friend of Jean Launois, in addition to his recognized portraits, he painted Algiers and the Kasbah. His studies of women recall those of Eugène Delacroix, but if his luminous inspiration is due to the Algerian sun, his touch is more Cezannian than purely orientalist. He left Algeria in 1928, to return there in 1931.
Author of numerous illustrations and posters, he painted in particular, in addition to his Algerian paintings, landscapes of Haute-Provence and Ile-de-France. He is considered the most modernist of the Abd-el-Tif painters of his generation. He drew erotic illustrations for works by Paul Verlaine, Guillaume Apollinaire, Charles Baudelaire, Denis Diderot, Voltaire, Alfred de Musset, Jean-Louis Miège, etc..
Like André Hambourg, he joined the Resistance and collaborated with Vaincre. In 1970, he travels to sub-Saharan Africa, to Senegal as an artistic cooperant. He died suddenly at his Parisian home on October 1, 1977.
Museums: National Museum of Fine Arts in Algiers, Museum of Angoulême, Sorensen collection, Cabinet des estampes de la Bibliothèque nationale de France, Paris.
violondingres.fr 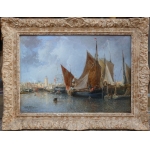 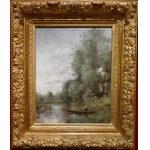 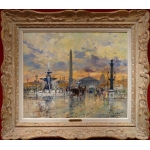 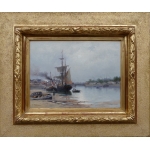 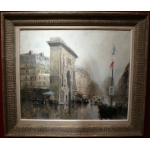 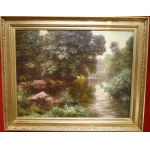 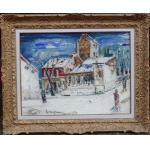